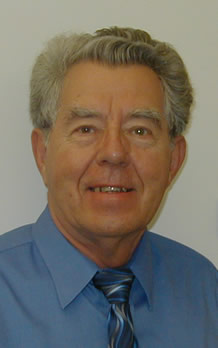 I enjoy the personal contact with my students very much. We interact with each other in every class. I do teach my classes in German, mainly German 301 (a third year class), German 330 (German Cultural History), and seminars. In winter I will teach an seminar on the great German poet Johann Wolfgang Goethe.

I have been reseraching the university experiences of George Bancroft. I have transcribed his university lectures notes taken at the University of Göttigen in the early 1820. He later became a noted American historian and ambassador to the imperial court of Germany under Bismarck. I have been trasncrbing the exchanges of diplomatic corres[pondences between th ambassies of Germany, Austrtia, Rusia, France, Great Britain, and the Us before, during, and adter the Franco-prussian War. At present I am waiting for the last documents that are in the archives in London. All this will be publihed (publisher is waiting!) as soon as I will receive those documents (The archives are presently closed because of covid). I am also doing research on the German nobel laureate Günter Grass and on Tayklor’s Faust translation.

My most significant service: I have been director of the foreign language housing complex for 15 years. I also serve as coordinator of the German house. besides that I serve on several dpeartment and college committees.
Besides i have directed study abroad programs kin Vienna, Salzburg, and Berlin. For years I was in charge of an internship program and placed students in Germany, Belgium, the Netherlands, and Switzerland