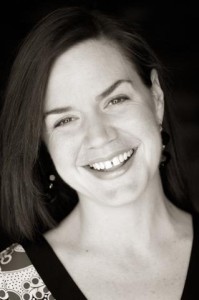 Kristin L. Matthews teaches courses in American literature and culture. She specializes in twentieth-century literature and culture, particularly Cold War fiction and film. Her sub-specialty is 20th-century African-American literature. She employs an American Studies methodology in her research and teaching, putting literature into conversation with a range of political, historical, sociological, and popular texts in order to best examine American letters and life. She is an affiliate of the American Studies program, Global Women’s Studies, and Africana Studies. Professor Matthews received her BA in English from Brigham Young University in 1995 and her Ph.D. in American Literature from the University of Wisconsin-Madison in 2004. Her work has appeared in American Studies, Arizona Quarterly, Modern Drama, Book History, Journal of American Culture, Journal of Popular Culture, and CEA: Critic (among other journals). Her monograph, Reading America: Citizenship, Democracy, and Cold War Literature (2016) was published as part of the University of Massachusetts Press’s series Studies in Print Culture and History of the Book. She has received the American Studies Professor of the Year Award twice (2016 & 2007), the English Department Teaching Award (2008), an Albert J. Colton Fellowship from the Utah Humanities Council (2010), the Faculty Women’s Association Teaching Award (2012), and an Alcuin Fellowship from Brigham Young University (2012). When not at work, Professor Matthews can be found reading a book, cheering on the Green Bay Packers (she’s part owner), hiking in the mountains, playing the piano, or singing with her jazz combo.