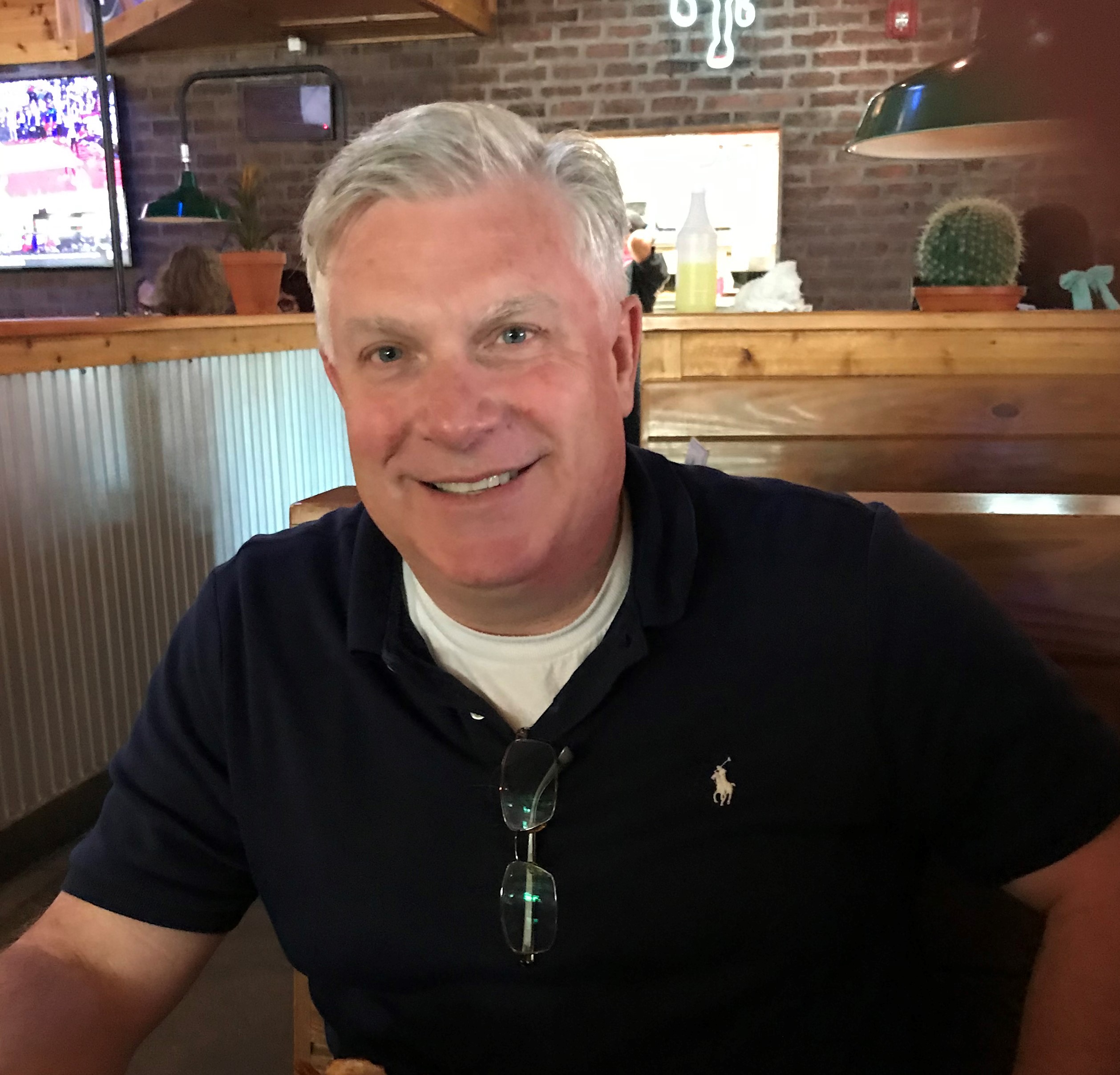 I like teaching at BYU because I am able to teach about Korea and East Asia in all of my classes, and I do not have to hide my faith in the restored gospel of Jesus Christ. In addition, I can try to model to students that one can have a sophisticated appreciation of world culture and still be a faithful member of The Church of Jesus Christ of Latter-day Saints. In terms of teaching philosophy, I try get students to be passionate about learning by asking questions.

I have numerous research foci, but my main interests are as follows: (1) medieval Korean and Chinese Buddhist practice, specifically the cults of buddhas and bodhisattvas and dharani and mantra (spells and incantations); (2) medieval Korean and Chinese Doctrinal or Exegetical Buddhism, specifically that associated with the Huayan/Hwaom tradition; (3) early Korean history, specifically kingship, institutional history, and the cultural traditions of the Silla state (ca. 300-935). This includes extant poetry and fantastic literature.

Citizenship in the academic context refers to the responsibility and obligation I have to be an active participant in advocating for my students, advancing the university’s programs, and providing leadership in my chosen field of study. Citizenship implies a sense of ownership greater than service.

Service to the Department
• Program Lead for Revision of the Korean Major and Minor: The head of the Korean Section, asked me to craft the argument to be presented to the University Curriculum Committee in the fall 2018 semester. I drafted the documents on the Kuali system that advanced the reasons for improving the quality of the Korean major by adding six credit hours, raising it from a minimum of thirty-seven hours to forty-three hours, and the Korean minor by adding three credit hours, raising it from sixteen hours to nineteen hours. I appeared before the University Curriculum Committee in February 2019 to answer questions. The changes were necessary to add rigor to the program and provide students with greater opportunity to practice and learn Korean. In addition, a standardized evaluation was put in place to gather data on both majors and minors so that the program can chart student language proficiency at graduation and thus continue to improve in the future.
• Improvement of Offerings in Korean: I developed several new courses to expand the department’s offerings in Korean so that the types of courses available for majors and minors align with national standards set by rigorous programs East Asian languages in North America. The courses were approved by the University Curriculum Committee in the winter 2019 semester. These courses include Korea 343 (Premodern Korean Literature in Translation), Korea 344 (Modern Korean Literature in Translation), and Korea 358R (Korean Religion and Culture).
• Internship Coordinator: Since joining the department in the fall 2018 semester, I have served the Korean Section as the internship coordinator on assignment from the department chair. During the summer of 2019, I was successful in signing a partner for an internship that combines Korean language skills and the fashion industry in Korea, and in the summer of 2021, I hope to sign with another partnering organization, the Northeast Asia History Foundation, which would enable the department to provide internships focused on cultural matters.

Service to the University
• Summary of Service at BYU–Hawaii: I provided significant service to BYU–Hawaii during my tenure there. On top of the teaching load, which is comparatively greater than that at BYU, I held the following positions: lead editor of the Institutional Report for Reaffirmation of Accreditation, April 2015–August 2016; faculty lead of the University Assessment Committee, April 2015–August 2016; faculty lead of the Information Literary Competency Group, July 2015–August 2016; and director of the University Honors Program, September 2017–June 2018.
• Support for Asian Studies Program: In addition to teaching several upper-division courses for Korean majors, I teach two history courses that also serve the needs of Asian Studies majors: in the winter semester of odd years I teach HIST 349 (History of Asian Religion and Thought), and in the winter semester of even years I teach HIST 337 (Premodern Korea).
• Mentoring: During my short tenure at BYU, I have mentored three undergraduate students.

Service to the Profession
• Co-Chair of Korean Religions Unit, American Academy of Religion: I served as co-chair for a full term of six years, from November 2012 to November 2018. The duties of the co-chair include supervising the steering committee, making the call for papers for the annual conference, supervising the evaluation of paper and panel submissions, and organizing the panels sponsored by the unit. I also wrote the three-year self-review submitted in September 2014.
• Co-Editor of the International Journal of Buddhist Thought & Culture: I have served as the co-editor of this journal published by the Academy of Buddhist Studies, Dongguk University, Seoul, Korea, since January 2016. The journal presents a broad range of essential and ground-breaking research on Buddhist studies, from philology and codicology to history, doctrine, and literature, as well as Buddhist-inspired new religious movements.
• Guest Editor: Twice I have been the guest editor for special issues of the Journal of Korean Religions: “Pure Land Buddhism in Korea” (vol. 6, no. 1, April 2015) and “Buddhism in the Colonial Period” (vol. 10, no. 1, April 2019). The Journal of Korean Religions is the premier English-language journal for this growing field. The journal is peer reviewed, indexed, and published by the Institute of Religion at Sogang University in Seoul, Korea.
• Proposal Reviewer: Because of my position as one of the leading scholars of Korean Buddhism and premodern Korean studies, I have reviewed proposals for the International Council on Monuments and Sites (ICOMOS), the organization that approves proposals for UNESCO World Heritage Monuments (2017–18), and the Social Sciences and Humanities Research Council (SSHRC) of Canada (2019), as well as for Foreign Language and Areas Studies (FLAS) scholarships for BYU (2018–19).
• Regular Book Reviewer: I have regularly served the fields of early Korean studies and East Asian Buddhism by publishing ten book reviews since being awarded the rank of associate professor in 2014, with two more due to be published in 2020. I have reviewed books for several of the top journals in my fields of research, including the Journal of the American Academy of Religion (JAAR), Journal of Asian Studies (JAS), Journal of the American Oriental Society (JAOS), Harvard Journal of Asiatic Studies (HJAS), Korean Studies, Acta Koreana, Korea Journal, and H-Buddhism. Please see my CV for details.
• Member of Editorial Boards: I serve on several editorial boards in the fields of East Asian Buddhism and Korean studies for the following journals: Journal of Korean Religions (Sogang University, Seoul, Korea), July 2010–present; Seoul Journal of Korean Studies (Seoul National University), June 2014–present; Pulgyo hakpo 佛敎學報 (Dongguk University, Seoul, Korea), July 2015–present; Journal of Chan Buddhism (Brill), January 2019–present; and Studies on East Asian Religions (Series; Brill), December 2014–present. I also serve on the advisory board of the Journal of Northeast Asian History (Northeast Asian History Foundation, Seoul, Korea), June 2013–present.
• Regular Reviewer of Scholarly Manuscripts: From 2018 to 2020 I have reviewed several essays on East Asian Buddhism and Korean studies for the Eastern Buddhist, Journal of Korean Religions, International Journal of Korean History, Seoul Journal of Korean Studies, European Journal of Korean Studies, and Religion. I also evaluated a grant application for a project on premodern Korean literature for Canada’s Social Sciences and Humanities Research Council (SSHRC) in February 2019, evaluated a book manuscript (and its revision) on contemporary Korean shamanism for Indiana University Press in April and September 2019, and a translation for Columbia University Press in April 2020.